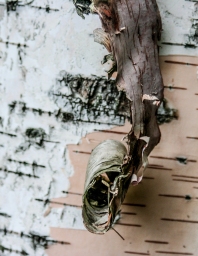 At age seven I nearly killed the pubescent
birch tree anchoring our Minneapolis backyard
stripping it of all its bark, roots to four feet up –
the physical limits of my fanciful reach

As Mrs. Kime’s most intrepid first-grader
I planned to build a birch bark canoe, ala
the Chippewa we were studying, but
my grandiose vessel never took float
paddling confined to parental retribution
albeit with forgiving landlord-absolution

not George Washington, there is no notoriety
from well-intentioned arbor-indiscretion 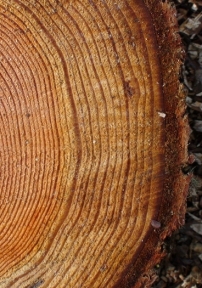 I too, still stand – resilient and unfazed, rooted in
long-forfeited yard, having weathered erratic seasons
dubious choices, those who tried to remake me
I remain a curious, risk-taking, idea-prone dreamer

Neither of us ever produced a working canoe yet
our respective rings share a distinctive trait; denser,
late, wood – thick ring dating us to a particular summer
the growing season that solidified respective chronologies